All Things Considered, Rock Music Was A Mistake 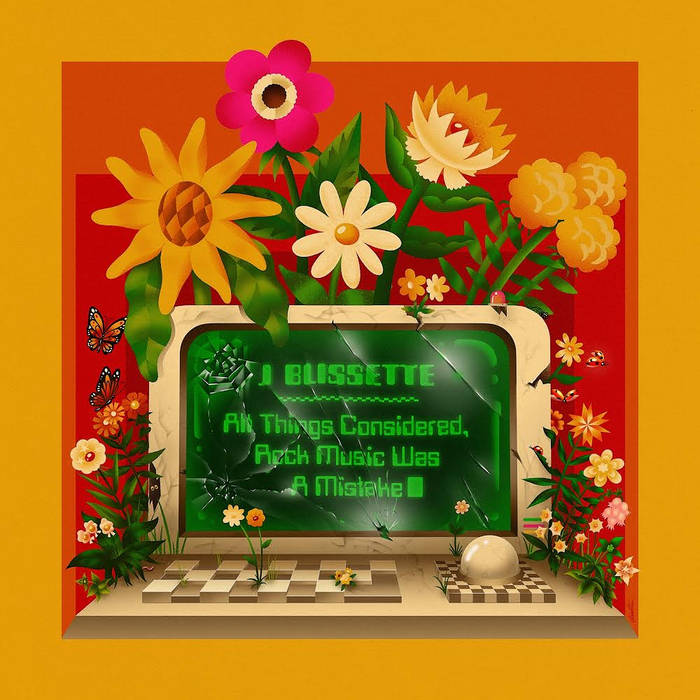 All Things Considered, Rock Music Was A Mistake was a record written and recorded in 2019, intended to communicate the post-apocalyptic vibes of living in the modern day with mental illness, as filtered through learning how to use a goddamn drum machine. Somewhere between completion and release of the album, the world ended.

The release is a radical departure from previous J Blissette releases, influenced by modern pop music and the fact that guitar music died in 1997.

The album explores the venn diagram of “pop punk” and “modern pop music”, with detours into jungle, noise rock, and anime themes.

Autotune, 808s, Twitter, and a Fender Telecaster plugged into a desktop running Windows ‘95 were the main tools involved in the creation of the album.

Bandcamp Daily  your guide to the world of Bandcamp